ISE Student Inducted into the Student Hall of Fame 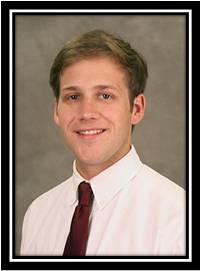 Halston Hales, a senior in the Department of Industrial and Systems Engineering, is one of six undergraduate students that have earned a place in the 2011 Bagley College of Engineering’s Student Hall of Fame.

In his role as the Student Association’s attorney general, Halston Hales helped establish the Dawghouse Deals program, a campus-wide garage sale for charity aimed at reducing the waste generated when students move out of residence halls. He also helped create an international studies certificate and served as a representative on the international programs and study abroad committee.

Halston has been an active member of Sigma Phi Epsilon fraternity and the Lambda Sigma, Phi Kappa Phi and Alpha Pi Mu honor societies. Halston has served as an orientation leader and participated in the 2008 study abroad program in France. A Shackouls Honors College member, he has also served as a mentor to Starkville elementary and middle school students and a research assistant in the MSU alternative fuels laboratory. He plans to pursue a doctoral degree in order to become a university professor.