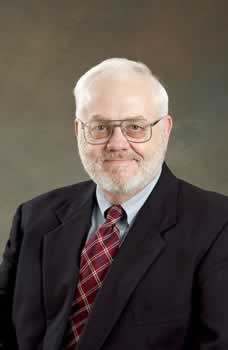 William N. Smyer, Ph.D. received the B.I.E., M.S. and Ph.D. degrees in Industrial Engineering from Auburn University, and joined the ISE faculty in December 1979. Prior to that he spent seven years in industry with Texas Instruments in Dallas, and Frito-Lay in Texas, Nebraska and Iowa, where he was plant production manager. From 1991 to 1998 he served MSU as Associate Dean of Engineering for Undergraduate Affairs, and he is currently the undergraduate coordinator for ISE.

Bill has completed research and consulting projects in the areas of job shop scheduling, multi-attribute utility theory (decision analysis), fuel economy management systems, statistical process control, and design of experiments. He has taught a wide range of courses at Mississippi State, and has won several departmental teaching awards as voted by students. In 1990 he was selected by Gamma Beta Phi honorary society as the outstanding teacher in the College of Engineering, and in 2001 he was named a John Grisham Master Teacher by the university. He has received three MSU Schillig grants for innovative teaching and other undergraduate projects.

Bill has presented papers related to undergraduate education at both national and regional society meetings, including Frontiers in Education and the American Society for Engineering Education. He has also written interactive web-based tutorials that accompany two Oxford University Press textbooks in engineering economy.