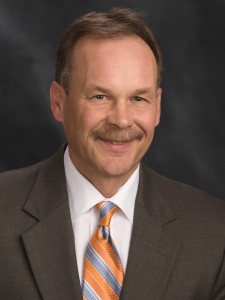 Frederick William Hamilton received his B.S. in Industrial Engineering at Mississippi State University in 1988. Originally from Carthage, Miss., Fred Hamilton has lived in Newton and Meridian, Miss., for the last 30 years. As founder and president of K&S Custom Warehousing, Inc. in Meridian, he has established a niche in the transportation industry in east Mississippi. He founded K&S in 1993 to facilitate the unloading and palletization of cartons from sea containers for delivery to local manufacturing firms. Since then, K&S has evolved into a third party logistics firm providing collaborative supply chain solutions where raw material inventory is held on consignment from suppliers and delivered to the manufacturer on a daily, just-in-time basis. In 1999, K&S became the first company in Mississippi to provide home delivery and return to the warehouse of storage pods.

A nontraditional college student, Hamilton entered the industrial engineering program at the age of 28 after several years of working as a trackman with the Illinois Central Gulf Railroad. Following graduation and prior to starting K&S, he worked as an industrial engineering quality manger, engineering manger and general manger for several firms in east Mississippi, including Saunders, a manufacturer of office products.

While at Saunders, Hamilton designed and developed the first clipboard made of recycled plastics for Wal-Mart, and modified manufacturing equipment for use by handicapped employees. He holds two U.S. patents including one for a trucking industry tool and another for a repairable, composite pallet.