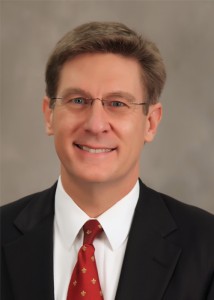 “Dr. Bowden brings exceptional experience in not only faculty matters but also undergraduate affairs and accreditation,” explained Sarah Rajala, dean of the BCoE. “With this background he will be a valuable member of our team as we continue to move the college forward, and I am excited to welcome him to this new leadership role.”

Since coming to MSU in 1988, Bowden has moved up the ranks of the Department of Industrial and Systems Engineering from instructor to being named full professor in 2002. He has served as department head since 2005. In that time, the department’s undergraduate and graduate enrollment increased by 55 and 93 percent respectively, earning a spot in U.S. News and World Report’s graduate school rankings for the first time in its history.

His other leadership roles at the university have included director of MSU’s National Center for Intermodal Transportation, co-coordinator of the Remote Sensing Technologies Center’s transportation focus area, and director of the Simulation and Advanced Computation Laboratory. He is a three-time winner of the Hearin-Hess Distinguished Professor award and was a Hearin Eminent Scholar of the college from 2003-05 until becoming a department head. He has authored numerous research papers and two simulation books. The systems optimization techniques developed through his research have been adopted in commercial software and academic textbooks used in engineering education globally.

Composed of eight academic departments, the Bagley College of Engineering is Mississippi State’s third largest college. It currently ranks 34th among all engineering colleges nationally in research and development expenditures according to the National Science Foundation.

For more information about the BCoE, visit www.bagley.msstate.edu.